My interests lie in the implementation of digital solutions in engaging spatial (usually transportation related) issues; combining programming, urban and transportation planning, and geospatial analytics. I’ve taken on a number of technical roles executing research, digital development, and deployment in a wide variety of settings. This has provided me with extensive international experience from Mexico City to Dhaka, Bangladesh. 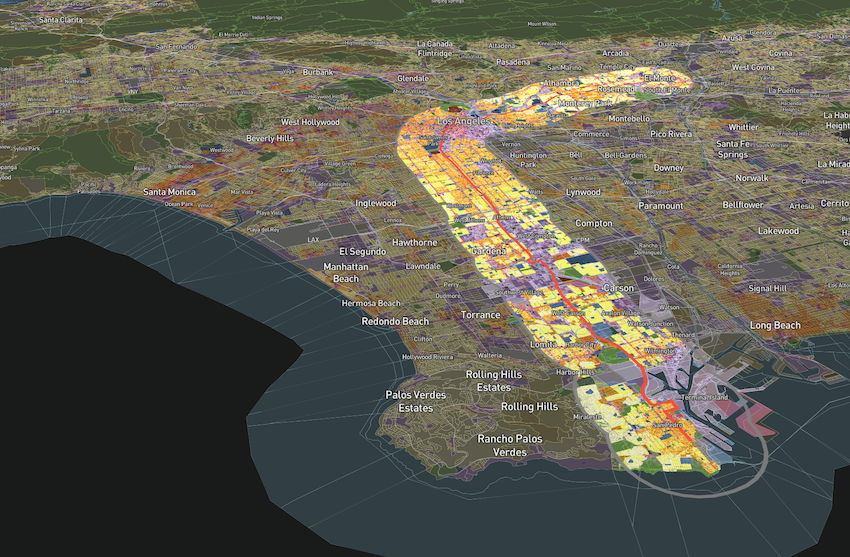 UrbanFootprint is a scenario modeling platform for analyzing and comparing the impacts of land use and transportation network modifications. At UrbanFootprint, I focus on development and optimization of spatial analytics models as well as application of network graph methodologies on mobility/accessibility-themed data (eg OSM, GTFS).

peartree is a library for converting GTFS feed schedules into a representative directed network graph. The tool is actively used within the transit accessibility and transportation modeling algorithms implemented within UrbanFootprint, and has been utilized in a number of academic and professional research contexts, as well.

More information on this work, as well as its broader application (both within and without UrbanFootprint), is available from this talk I delivered back in October of 2018, at OpenStreetMap’s State of the Map conference in Detroit, Michigan.

This project produced a real time tallying tool to determine which bus lines were best and worst performing across the NYC MTA bus system. An API and developer tools were also created to support creative use and analytics of the resource. 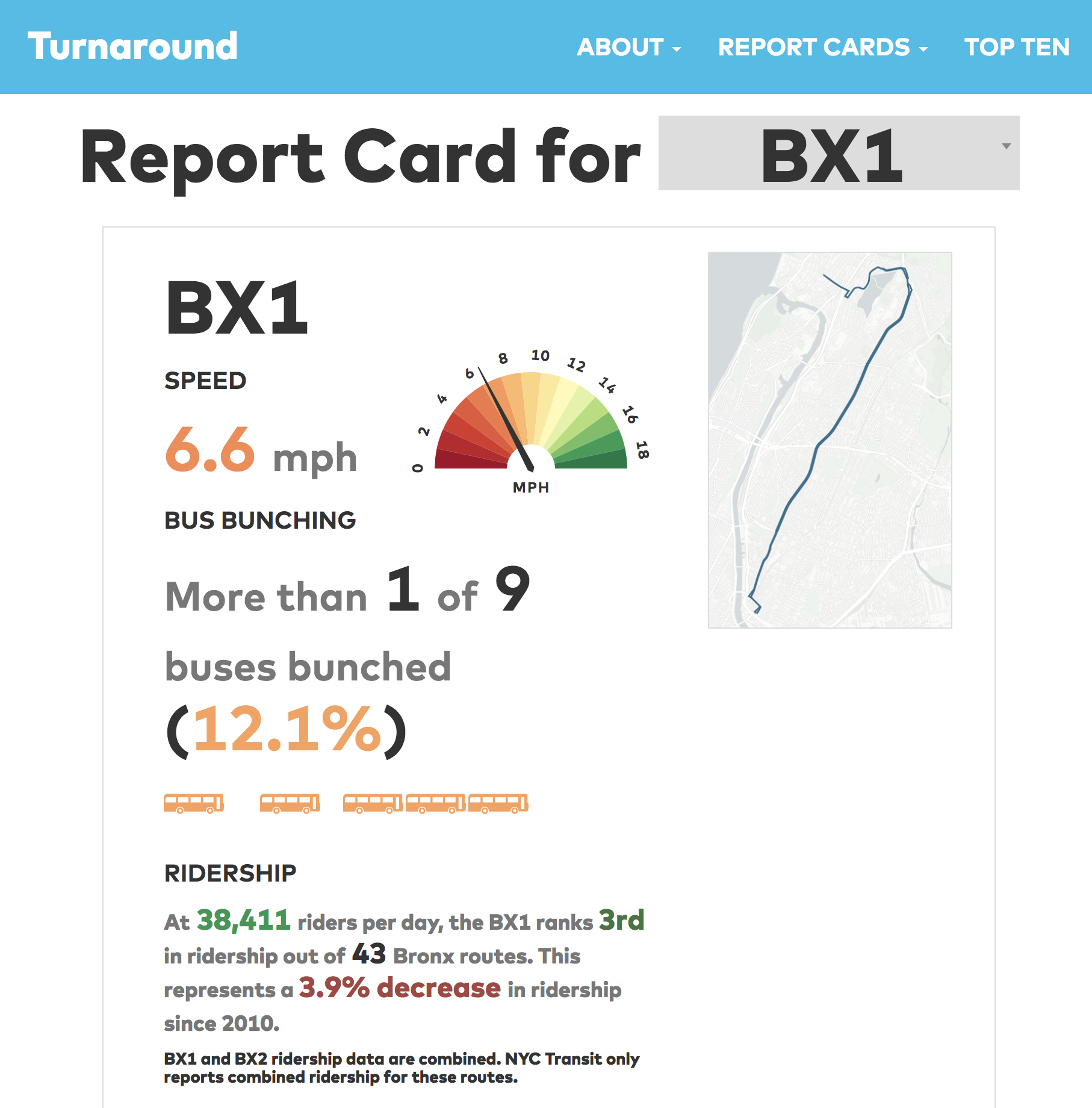 While the API and tools have since been shut down, the base data was used in late 2016 to generate TransitCenter’s NYC Bus Turnaround project’s Report Card site. You can see more by visiting it, here. 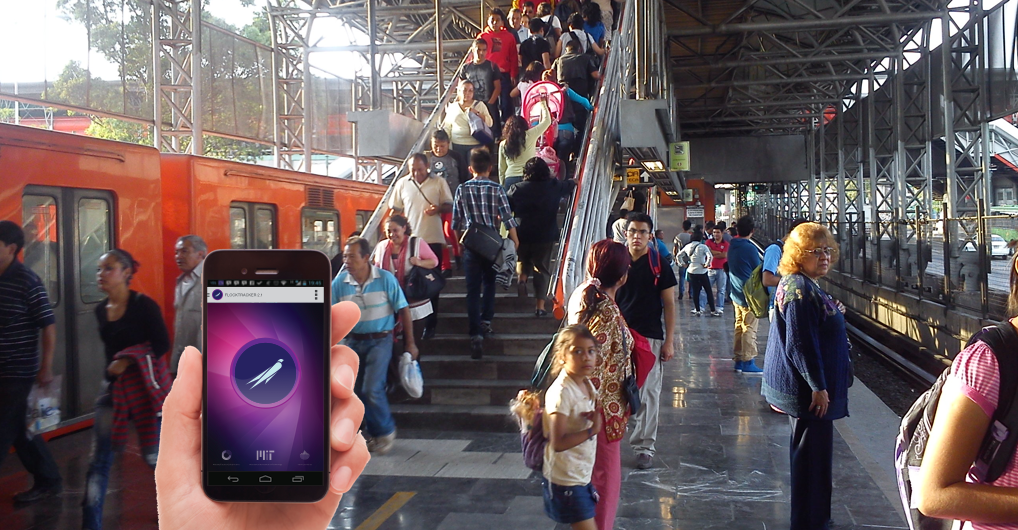 This project is the result of an ongoing collaborative effort under the research of MIT DUSP’s Mobility Futures Collaborative. The current application is based off of initial designs produced with Urban Launchpad in the mapping of Dhaka’s bus system to create the city’s first complete bus map and has been used in cities from Mexico to Indonesia. 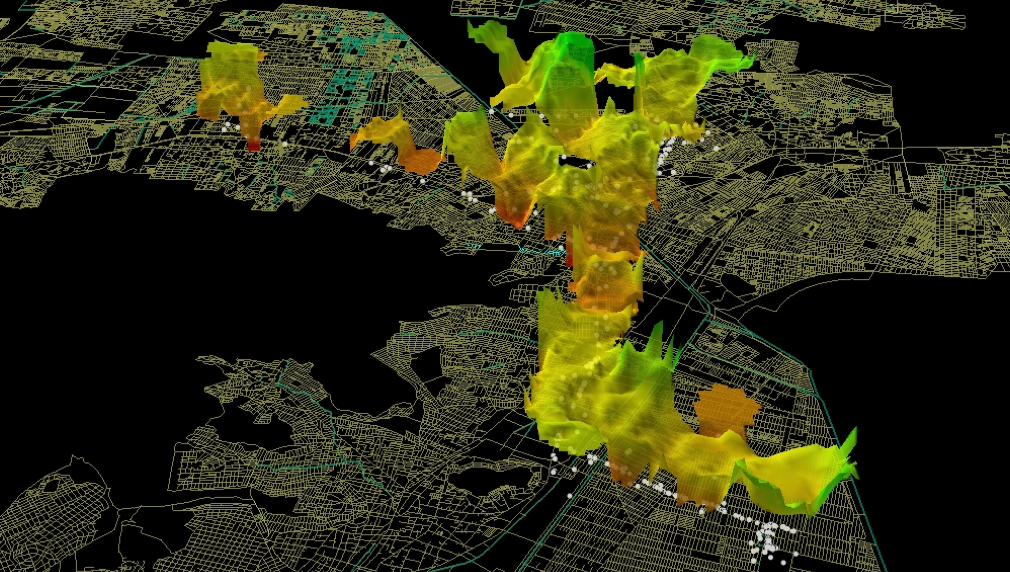 Above, an image of how the applicationw as used in Mexico City, Mexico to track perception of security on peseros (semi-formal transit vehicles) in relation to location in the city, as well as to performance data related to the trip (e.g. passengers, speed, direction, travel time). You can read more about that research, here.

A tool that integrates with bus routing output from transit system configuration tools (e.g. Conveyal GTFS Editor or Remix) and plugs into scenario isochrone modelling software developed by the folks at Conveyal (a software consultancy located in DC). I led the (rapid) development of the prototype application within a team at MIT’s Media Lab. You can explore a preserved build of the app, here.

Note: Image sourced from this blog post by Conveyal, discussing the underlying isochrone engine that CoAXs interfaced with, Conveyal Analysis. See more footage of the app in action, here. 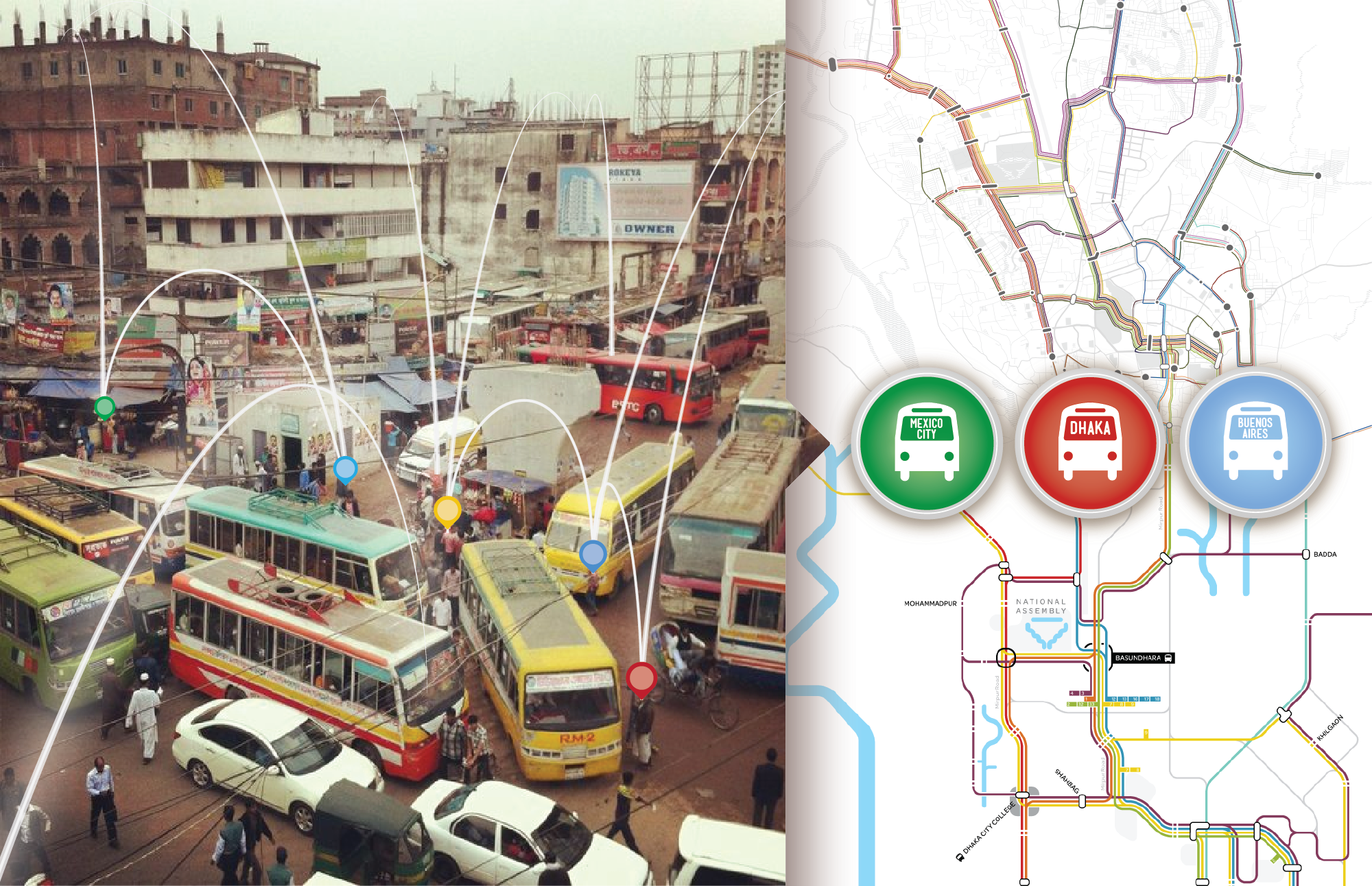 Bringing the first map of Dhaka’s bus network to life for its millions of daily riders through a successfully funded Kickstarter begun in December of 2012. 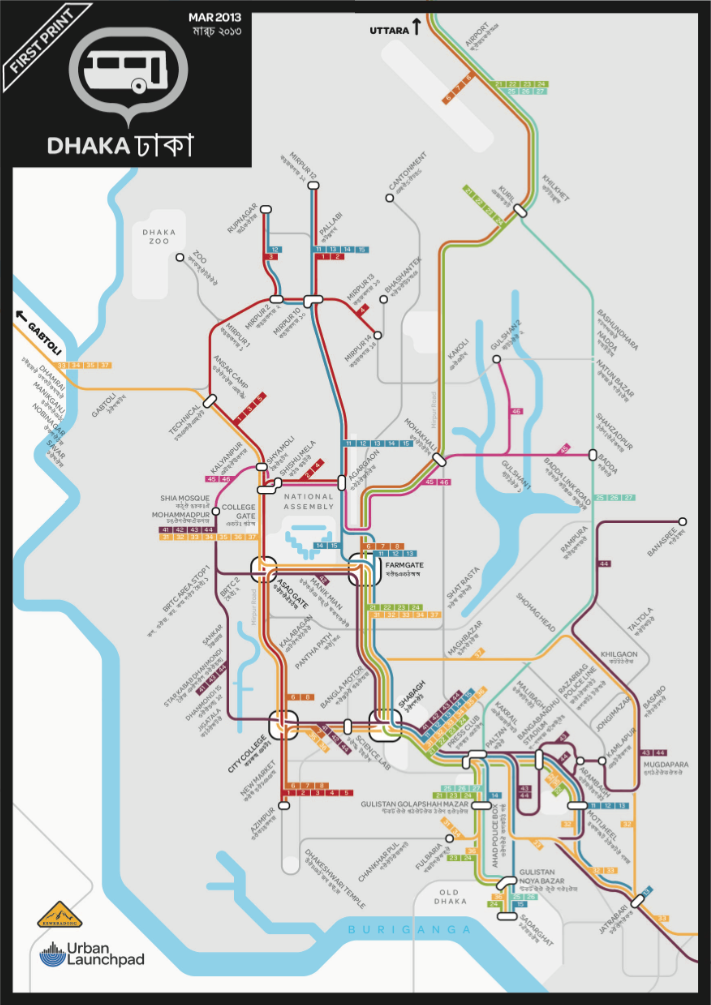 And, above, the first map generated and distributed throughout the city, as a result of the field research perfromed in the Spring of 2013.

Volunteer assisting with processing and assembly of various spatial data and visualization tools. Some screenshotted (and hyper-linked) examples, below.

Some example projects listed (screenshots in gif above):